The Mayor of the City of Sunbury is elected at large to a 4 year term.  The Mayor shares the authority and duties of running the City with the other four members of the City Council.

The Mayor is the Director of the Department of Public Affairs. As such, he is the chief executive officer and representative of the City. The Mayor has supervision over the City Police Force, City Solicitor, City Clerk, Community Development and all other offices and employees not assigned to other departments.

The Mayor also has the authority to sign all contracts, ordinances and resolutions on behalf of the City. 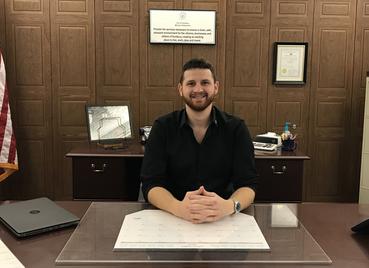 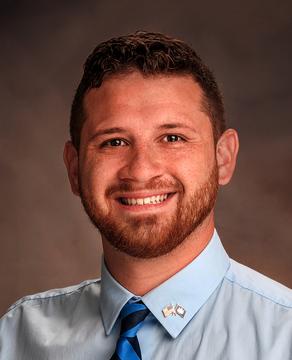 The City of Sunbury is a family oriented community. Our city has the Sunbury Police Department, six volunteer fire companies, the UPMC Susquehanna Sunbury Hospital, the Shikellamy School District, Lackawanna College, the Degenstein Community Library, YMCA and 20 acres of recreational facilities that includes a community pool, skate park, indoor ice skating rink, lighted ball fields and neighborhood parks and playgrounds. In our downtown you will find our historic Market House that hosts the local farmer’s market, along with other great businesses.

Sunbury offers amazing river front access for boating, swimming and great fishing locations. We have a large newly constructed amphitheater on the edge of the water as well. The Susquehanna River along Sunbury is formed into Lake Augusta with the inflation of the Adam T. Bower Dam in the spring time. It is the World's Largest Fabridam.

Sunbury is a great place to visit, live and invest in.

Thank you for visiting Sunbury!

Message from the Mayor:
Welcome to the City of Sunbury – CITY OF CHARM!

Sunbury was once known as Fort Augusta which was built in 1756. It was the stronghold in the Susquehanna Valley providing protection for early settlers.

Sunbury was founded in 1772, four years prior to our nation’s independence. We have many historical buildings that date back as far as the 18th century in the current city. One of our buildings which is known as Hotel Edison and is located on Market Street was wired for incandescent electric lights by Thomas A. Edison in 1883. Sunbury became incorporated and known as the City of Sunbury on December 29th 1921.